Before attempting this mission, it is best to train up the team a little bit before starting on this mission: getting Shadow Blast for Shadowboxer and Shadowport for Darkling could come in handy, as well as making sure the Personality stat is high enough to accomodate more teammates than you already have.

After completing mission 2, Tastidian will give you another assignment: to go into the Great Forest, find the energy golem workshop and destroy it. Start out by going to the Great Forest and simply follow the path.

In this battle you start from the top-left hand square of the map. There are several things to watch out for: try to avoid placing units in the path of the Energy Golem; watch out for any units partially hidden or completely hidden from view under the central tree-like Swordsman 3, right next to the Energy Golem; keep an eye on the Mech. Captain and his support team coming from the bottom right corner of the map. The easiest way is to come sweeping through the left-hand side of the map and taking out the two swordsmen and a crossbowman with your Shadowlings and the Hero, whilst using the remaining teammate or two to stall or kill a third swordsman hiding under the central tree (just scroll over the map with the mouse, and you'll find him). Next, use Darkling's speed to engage the Mech. Captain's support crossbowman from behind, whilst letting the other Shadowlings attack the supporting Swordsman (making sure that all Shadowlings stay far enough from the Mech. Captian without him being able to attack on his turn): this will draw off the Captain's support, and (by placing the Hero in the upper side of the map), could make him move upwards and get separated form his units. The Shadowlings should be able to deal with the support units (and Festus' healing, if necessary) without much trouble, whilst the rest of the team can focus on bringing down the Mech. Captain (not forgetting to stay out of the Energy Golem's way). Finally, you can gang up all teammates on the Energy Golem and he shouldn't pose a problem. 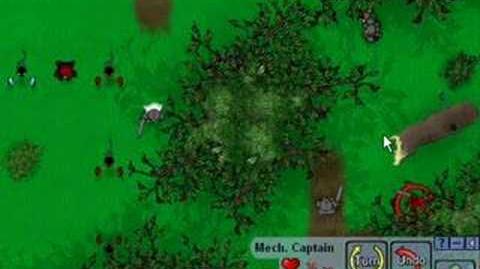 After the first battle, you'll proceed deeper into the forest and encounter yet another patrol. This battle is more intense from the beginning, take your time to locate the two hidden Energy Golems in the centre and on the left side of the map, as well as of several other semi-hidden units under the trees in the bottom part of the map. One strategy is to take Darkling, Shadowboxer and Festus and use them to destroy the first Energy Golem. Meanwhile, the Hero should try to take out the Stone Golem, staring with a Pyro Blast and then using Feedback (having Feedback healing 9 and around 20 PsP could come in handy). Let the remaining teammates engage the swordsman and crossbowman in battle, preferable protecting the Hero's flank and maybe even taking out the Crossbowman on the first turn. Dealing with these enemies could take several turns, and by this time the Mech. Captain, along with another swordsman-crossbowman pair will be in proximity. At this point it might be a good idea to distract the Mech. Captain with Darkling, whilst bringing Shadowboxer into the foray, letting the Hero recuperate PsP and bringing back to Festus the teammates who fought the first swordsman-crossbowman pair, as they're likely to be in need of healing. In the next few turns, use Festus to heal up the wounded units, make sure that any teammates stay outside the hitting range of the second Energy Golem, whilst splitting the team into two parts, one taking care of the Captain, and the other of the pair. It is likely that by now the last swordsman will come up to attack your units, so it's best if one or two of the previous attackers are killed by this moment. The rest should be simple- use Darkling to backstab the swordsman and use indirect attacks to take out the remaining Energy Golem. 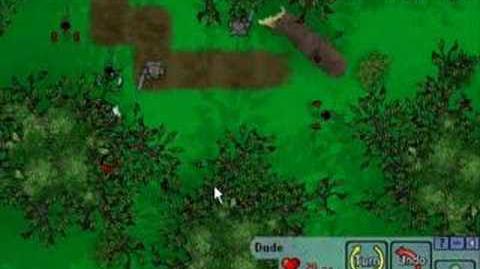 At the end of the 2nd battle, you'll meet Anya and Guy, and it's most advisable to put them onto the team if you have enough space for them. If your team isn't particularly strong, then it's best to have a second healer on the team, so Anya could come in very handy. On the other hand, if you've leveled up the team quite a bit by now, then having extra firepower wouldn't hurt. After meeting Anya and Guy, you'll follow the path to an empty cave and find that all of this was an elaborate trap: you're forced to battle for your life against 3 Spriggat Assassins, namely Hobbes, Locke, and Rousseau (if you follow the link, a sound strategy on taking out the Spriggats is outlined in the article). After beating the Spriggats, you retrun to Somnus, where Tastidian gives you yet another assignment. 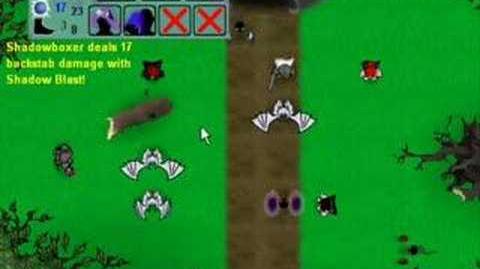 Retrieved from "https://telepath.fandom.com/wiki/TRPG2_Mission_3?oldid=14979"
Community content is available under CC-BY-SA unless otherwise noted.