Telepath RPG Wiki
Register
Don't have an account?
Sign In
Advertisement
in: Characters of Chapter 2, Teammates, Shadowling,
and 3 more

A middle-aged shadowling, Festus is a close friend of Tastidian. Festus becomes a Psy Healer to redeem himself for being in charge of Wiping and Extraction in his past.

Before the first mission, Tastidian gives the Hero three members for your force: Darkling, Shadowboxer, and Festus.

Festus is quite a good psy healer, but he begins the game with very weak attack power. The best thing to do is to position Festus behind the friendly unit that is being attacked, where he is out of reach and can heal. Festus also gains Shadow Resistance if his Psy Defense is trained high enough, so he can be valuable in fighting Dark Spriggat and Shadowlings.

"I am Festus, practitioner of the defensive arts. General Tastidian made it known to me that I should assist you in performing certain tasks at the Queen's behest."

"Wiping... is a descriptive term for forced memory removal. The subject can be removed of all thought and made into a sort of listless shell."

"Extraction is a blanket term for certain methods of gaining information from a captured enemy. [He shakes his head.] Never again."

"You know NOTHING of what it means to wipe someone. Nothing! You will NEVER ask me to perform a wipe, do you understand?" 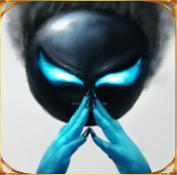